Perspective from a “mom of” – Neurotribes Part 2

“Where were all the children with Autism when I was young?”

How many times have you been asked that question? How about, “Do you really think there are more children with autism or are we just calling more kids autistic?”  Over the years I’ve never been certain how to answer that question so I would hastily respond, “Yes the diagnostic criteria is wider than it used to be, but yes there are more children with autism now than there were 50 years ago and we just don’t know why.” However, I hadn’t done any real digging to support my answer; it didn’t seem necessary. I was focused on the present and the future for my son with autism. And then I read “Neurotribes” by Steve Silberman. 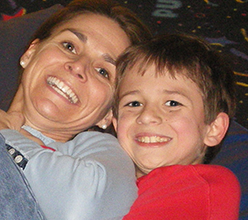 Maryanne and her son Drew

Think back on your childhood and try to remember how many children you knew who were “quirky”, “ill-behaved”, and just “weird”? I’m sure there were at least a few, and some of those kids likely had autism. My son is just like those kids from your childhood; quirky, sometimes ill-behaved, and yes weird. But he communicates and has close personal relationships with family and friends. He wants to go to college and get married. Certainly he would not have met the diagnostic criteria for autism in the 1960s. In fact, I’m certain that I would have been told that a number of his less desirable behaviors were due to my parenting. Sound familiar? So what is the answer to the question, “Where were all the children with autism…?” I will humbly try to summarize Silberman’s answer (but you really should read the book!).

First, the diagnostic criteria for autism described by Leo Kanner was extremely narrow. From the ‘40s until the ‘80s the majority of children who didn’t fit Kanner’s limited definition, but exhibited many of the same symptoms and behaviors, were diagnosed with Childhood Schizophrenia. Silberman writes, “In an eerie preview of the autism ‘epidemic’ to come four decades later, the prevalence of childhood schizophrenia started spiking in the mid-twentieth century. By 1954, Bender saw 850 young patients with that diagnosis at Bellevue alone…” Of course many of those children were institutionalized and almost all were deemed “uneducable” and were excluded from the general education system. 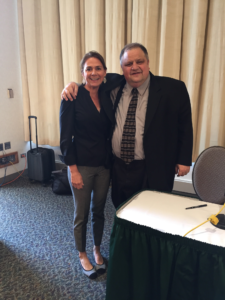 Secondly, the concept of an Autism Spectrum wasn’t introduced until the early 1980s by a British psychiatrist named Lorna Wing. Although Hans Asperger’s work clearly described a variety of functioning levels among the children he studied in the late ‘30s, unfortunately his work didn’t become widely recognized until the 1980s. (Hans’s story is another must-read section of the book!) While conducting a study to identify the number of schizophrenic and autistic children in an area of England, Wing quickly noticed a large number of children with “social aloofness, repetitive behavior, and insistence on sameness…but in a more diverse and colorful range of presentations.” This observation eventually led to the creation and acceptance of the term Autism Spectrum.

Lastly, the Diagnostic and Statistical Manual of Mental Disorders, a.k.a. the DSM, did not include a broad diagnostic criteria for autism until the DSM III-R was published in 1987. Prior to that, children that Wing had described were given one of a variety of “other” diagnoses such as PDD-NOS.

So clearly there were little boys and girls with autism running around the world during the 20th century. We can never really be certain of the rate of increase because of the history of the diagnostic criteria. But the rate of increase doesn’t really matter. What matters is that for almost half a century, families were left without any true understanding of their special children. As Drew’s mom, I simply can’t imagine.

by Maryanne Nugent, Autism Community Consultant & “Mom of” a son with autism

Previous Post:   « Empowering families of autism with more therapy options!
Next Post:   Real growth with real progress – Why we do what we do »