Perspective from a “mom of” on noteworthy New Yorker article 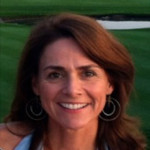 There was an interesting essay published recently in the New Yorker magazine which reads almost as a history of autism. The author details the somewhat turbulent and painful past of the diagnosis and treatment of autism.

As the “mom of,” I found myself alternating between jeers and cheers as I was reminded how far the autism community has come in the past six decades.

Before I close I want to challenge the author on the last few paragraphs of the essay. He finishes his piece with a brief discussion about whether autism is a “medical phenomenon at all” — whether it is “…a disease, a disability, or another mode of normalcy?” I believe he’s simply trying to underline the continual controversy over the diagnosis and treatment of autism.

However, from my perspective his final comment is infuriating:

“These matters belong to our moral life, and we can’t reasonably expect them to be settled by medical science, clinical evidence or even the law.”

Does he expect me to climb back into my refrigerator with my unvaccinated child? Can you hear my jeers? They’re deafening.

What do you think? Read the full article here.

by Maryanne Nugent, Autism Community Consultant for AHSS & Mother of a son with autism

Previous Post:   « Why I Do What I Do – Real Progress
Next Post:   Top 6 must-have books for parents of children on the spectrum »