Understanding neurodiversity – You Are Not Alone 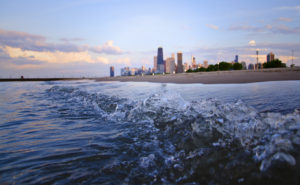 Reflecting on the need for understanding neurodiversity, I’m reminded of a few years ago when I allowed my son and his best friend (who also has ASD) to take our dog down to the beach a few blocks from our house. I came down about 45 minutes later to check on them. After talking to the boys and making sure the dog hadn’t run off, I went to leave. Before I left, an elderly British woman on the beach pulled me aside,

“I just thought I should let you know that he was quite rude to me earlier.” (Oh dear Lord, what did he say this time?)

“Well I asked him to hand me the tennis ball to throw for the dogs and he imitated my accent and said ’What a bloody good idea!’ If he were my son, I hope someone would tell me about such behavior and bad language.”

Of course I said thank you, mumbled something about autism, and skulked away.

In the light of my “Neurotribe” reading, I’ve realized that my son’s interaction with that woman is the perfect example of the need for the “Neurotypicals” of the world to be more accepting of the “Neurodiverse.” 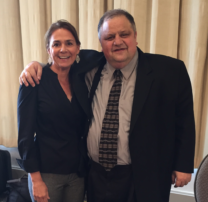 First of all, his imitation of an accent is classic echolalia. Secondly, I’m certain he didn’t know that bloody was a British curse word. How could you from context? And lastly, he likely thought the social interaction was quite successful because nobody told him otherwise! Silberman writes, “One way to understand Neurodiversity is to think in terms of human operating systems instead of diagnostic labels….Just because a computer is not running Windows doesn’t mean it’s broken.”

So to the elderly woman on the beach and all those like her I say wake up. It’s no longer a Windows World!

by Maryanne Nugent, Autism Community Consultant for AHSS & “Mom of” a son with autism

Previous Post:   « Perspective from a “mom of” – Neurotribes Part 1
Next Post:   Empowering families of autism with more therapy options! »