Sully is almost 8 years old. Big into swimming and video games, he adores his little brother. And with therapy from AHSS, he’s now talking better than ever — and eating broccoli.

Trouble talking and socializing with people — even those closest to him.  Anxiety from new experiences. Big, emotional upsets about school. The need to shout (even when happy). Sully was carrying all of these burdens on his shoulders when he was diagnosed with autism around just 4 years of age.

Sully’s symptoms were a lot to bear and had his mother in fear and disbelief. To make matters worse, she was desperate to finally connect with her son because he just wasn’t talking. Sully’s autism diagnosis brought a sigh of  relief — and the proof Sully’s mother needed to jump into action.

Sully quickly began therapy with AHSS. Because his therapists cared so much about him, Sully didn’t just rely on them for help — he quickly viewed them as his friends.

AHSS helped Sully’s mother too. “AHSS was just so incredible at not only helping Sully but counseling me as well. I don’t think I could’ve made it through all that without them.”

The result? AHSS was able to help Sully in every area of his life, so he could live life to the fullest — academically, socially and emotionally.

“Now Sully has tools to calm down, and he feels less anxiety around new things,” stated Sully’s mother with relief. “I used to pick him up from preschool and be on the verge of tears because he couldn’t tell me about his day, and now I have a chatty kid who talks about his emotions and life experiences. He’s way more tapped into the world around him and has a lot of new friends as well.”

But Sully’s accomplishments don’t stop there. “AHSS got Sully to eat broccoli,”  Sully’s mom laughed. “And he’s trying lots of other new things on his own. AHSS really gave him a safe place to branch out and try things and say ‘yes’ or ‘no,’ and now he’s really expanding his palate.”

Out of everything that’s come from Sully’s graduation, being able to finally have a conversation with her son was the greatest triumph of all for his mother. “For Sully to just tell me how his day was and how he feels is priceless. It’s  so incredible to see how far he’s come in every way. I’m really proud of him. It warms my heart, and I’m so grateful.” 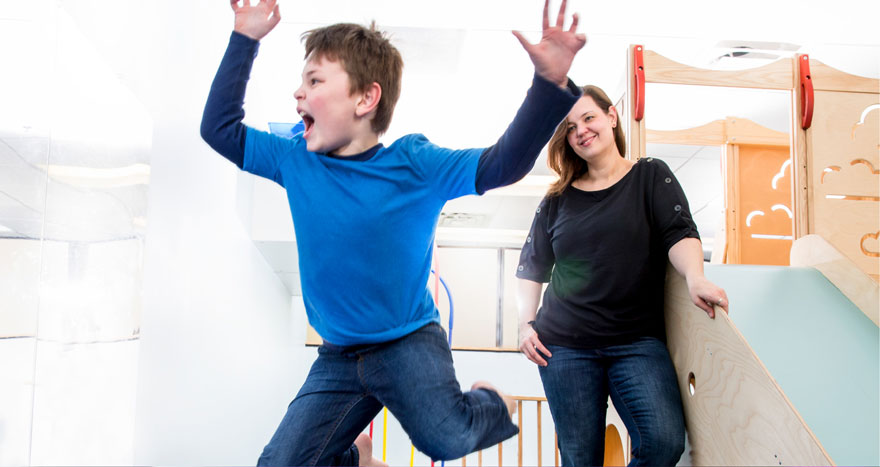 “I knew from the beginning that AHSS was special. For families with autism, AHSS will increase the value of their lives so much. I couldn’t have asked for a better experience, and they will always be part of my heart.”

Family Stories From the Heart